LACE, as it is now regarded, originated in originated in the sixteenth century — where is uncertain, but it became known through the great trading centre of Venice. It spread rapidly across Europe, and, as a fashion item, underwent numerous and continuous changes in style. The advent of machinery for lace-making in the eighteenth century led to the decline of hand-made lace, with the social and fashion changes following the first world war marking its final demise. Today hand-made lacemaking only really exists as a hobby in which individual lacemakers may indulge their own preference for different historical styles.

Lace Types reviews these historical styles, organizing them first by type of lace, and then by geographical region (although some of the latter — Flanders and Britain, for example — do not correspond to contemporary political divisions). In addition to the menu of types of lace, you can select named styles of lace or grounds directly from the pop-up list below and will be taken to the page on which they are mentioned. 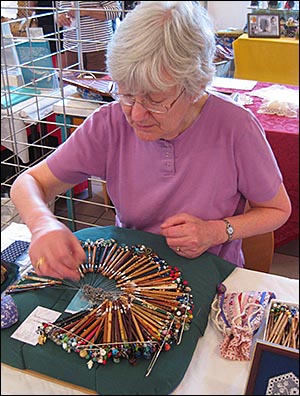