In the latter half of the 16th century Flanders was famed for its white embroidery and cutwork (which was the precursor of needlelace). Cutwork continued to be made into the 17th century, but by the 1650s a distinctive Flemish needlelace had been developed, using the same designs as the Flemish bobbin lace. 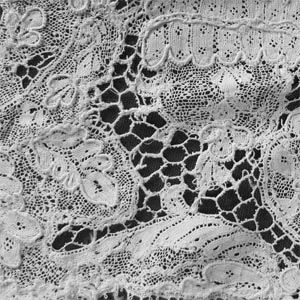 Brussels needlelace of the early 18th century was strongly influenced by the designs of Point de France. At the beginning of the century the lace was grounded with buttonholed bars, but mesh grounds started to appear during the 1730s and had largely replaced the bars by the mid-1740s. 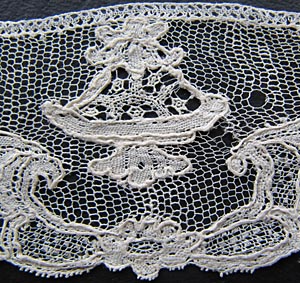 Brussels needlelace was made with the fine thread developed for the bobbin lace industry, so was a relatively light-weight lace in comparison with French needlelace. It was usually flat, but extensive use was made of decorative fillings. 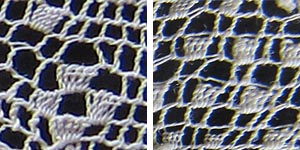 The mesh ground was made like Alençon ground but the stitches were pulled tighter to give a square rather than a hexagonal mesh. Fashion changes of the 1750s led to the mesh ground becoming more important, and it became increasingly common for the needle-made motifs to be grounded with the delicate bobbin-made drochel ground. At first this was worked around the motifs but later, as the motifs became smaller, it was quicker to make the ground separately in large pieces and then apply the motifs. When machine-made net became available in the 19th century it gradually replaced drochel net as a ground for Brussels needlelace, until by the 1850s hardly any drochel net was being used. 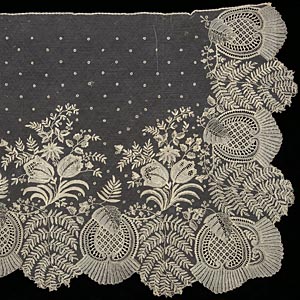 In the mid-19th century a new style of needlelace, which became known as Point de Gaze, was developed and quickly became very popular. Distinctive features were the ground, which differed from the earlier Alençon-style ground in having stitches worked in both directions, and the raised outlines to the motifs, which were only loosely buttonholed. 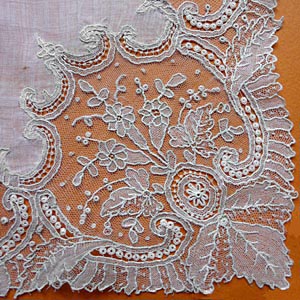 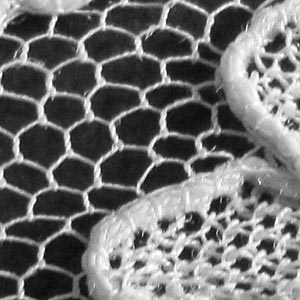 The designs usually included flowers, often beautifully shaded with a combination of dense and open buttonhole stitches, and decorative fillings made up of innumerable variations on buttonholed rings and spots. A further development during the 1870s was the addition of extra petals made separately and sewn in place to give a three-dimensional effect. 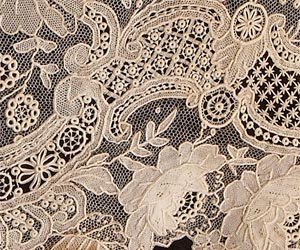 Point de Gaze lace was used for items of dress which ranged from handkerchiefs and fans to large flounces and veils. A huge quantity was produced and although the quality was variable, that of the best was superb. 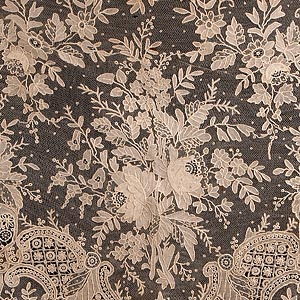 On my own website I show a Point de Gaze edging from my collection, and I also have an article about a study of some pieces of Point de Gaze.