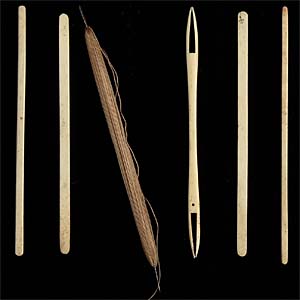 The earliest lace-like fabric was the knotted net made in a similar way to fishing nets; this was known as filet in French and lacis in Italian. The net was usually decorated with embroidery and its use in household decoration probably began in the late 15th century. The embroidery, often pictorial with legends from antiquity being favoured subjects, was worked by darning into the square meshes. It was used for both small costume items and large household linens such as coverlets and tablecloths. 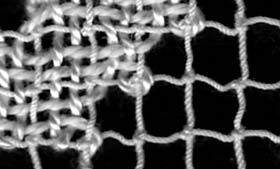 Although filet lace continued to be made, it was of minor importance until the last quarter of the 19th century, when it was enthusiastically revived both commercially and as an amateur craft. Many old patterns were copied so exactly that it is often difficult to date pieces accurately. New varieties were also produced such as the one known as Guipure d’Art where the pattern was darned in with a variety of stitches, far more than would have been used originally. The popularity of filet at the end of the 19th century led to the production of various imitations made either by machine or by hand using crochet or drawn-thread work techniques. 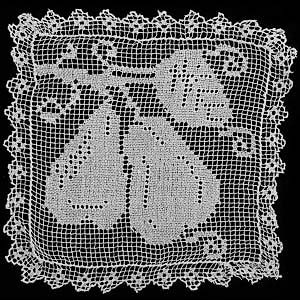 Netting, which was common as a pastime in the 18th and 19th centuries, also uses a knotted net, but here the pattern is made by variations in the meshes rather than being darned in afterwards. It was used for small fashion items such as gloves and purses, and for doilies.