The origins of tatting are unclear, but the craft probably developed from knotting, a favourite pastime of the 18th century, which used a large shuttle wound with thread to make knots of various sizes along the thread. The word tatting does not seem to have appeared in print until 1843, but during the latter half of the 19th century numerous books of instructions were published, notable authors being Eleanor Riego de la Branchardiere and Therese de Dillmont, and tatting became a popular hobby. 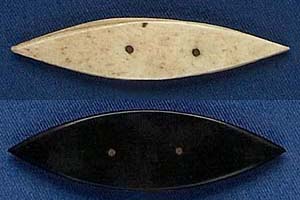 Tatting designs are built up of series of knotted rings, often of different sizes, connected together with picots as the pattern is worked. Simple patterns require a single shuttle wound with thread, while more complicated ones are worked with a shuttle and a ball of thread or with two shuttles. 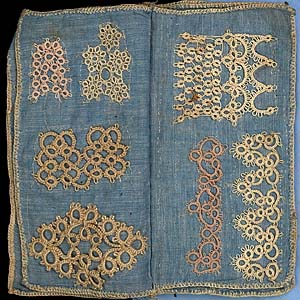